The Company changed its business from a “mining issuer” to an “investment issuer”, and has received the shareholder approval at the annual general and special meeting held on September 5, 2017 and the final approval from TSX Venture Exchange. Under the new strategy, the Company will utilize its strong working capital position, its extensive industry contacts and internal expertise to build a portfolio of high-quality investments.

The Group disposed of 113,000,000 shares of Loco Hong Kong Holdings Limited ("Loco HK") to third parties for gross proceeds of USD10.62 million. In view of the market price of Loco HK shares and the economic conditions, the Group believed that it was good timing and value for GobiMin to realize part of its investment in Loco HK. GobiMin can increase the flexibility to invest in more potential assets or projects in future and strengthen its financial resources. Immediately after the disposal, GobiMin remained having a 10% equity interest in Loco HK.

The Group disposed of 40,000,000 shares, being part of its shareholding, of Loco HK to third parties and received gross proceeds of USD4.74 million. The carrying cost of the disposed interest was USD1.6 million. The Group recognized a gain of USD3.5 million after deducting the related expense of USD0.1 million. GobiMin retained a 38.30% equity interest in Lock HK subsequent to the disposition.

The shares of Loco Hong Kong Holdings Limited (“Loco HK”) was successfully listed on GEM of The Stock Exchange of Hong Kong Limited under the stock code of “8162”. GobiMin then held an equity interest of 48.02% in Lock HK. Lock HK and its subsidiaries are principally engaged in trading of metals and commodity forward contracts in Hong Kong.

After deducting the cost of investments, amount payable to the two local partners, mining licence fee and related expenses, GobiMin recorded a gain on disposal of the Property of USD8.2 million in December 2012 and a gain for the New Area of US$3.9 million in June 2014.

GobiMin disposed of its 24.29% interest in Balikun Coal Project for a total consideration of approximately USD31.76 million including the repayment to GobiMin and an existing shareholder of the loans and related interest to the project. GobiMin recorded a gain of approximately USD8.83 million on the disposal.

In 2010, GobiMin contractually arranged for the transfer of the legal title of 32% of its equity interest in Yanxi Copper Property in Xinjiang, China. The transaction was completed in July 2010 and GobiMin had received all the cash consideration and the first lot of the convertible bonds. Immediately after the transfer, GobiMin retained an 8% indirect unlisted equity interest in Yanxi Copper Property.

Our vision is to maximize shareholder value 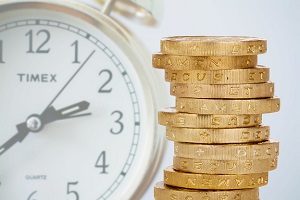